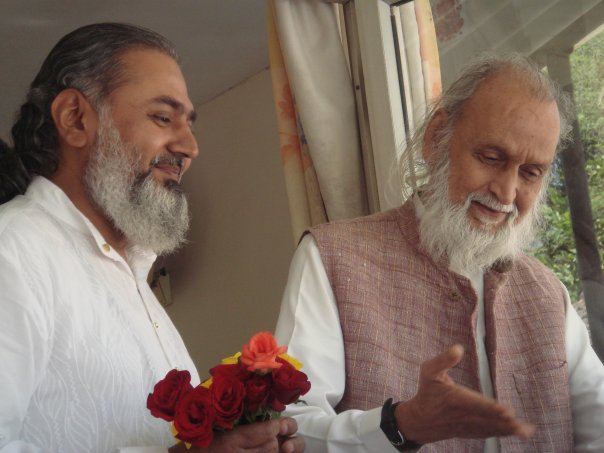 From 1990 onwards, urge to drop out from mundane became very strong. I was happy in every sense materially but that bliss from inside was missing! (I had experienced bliss by being with Jiddu Krishnamurti in my school days).That was the time, I came in contact with my Master Sri Dada Gavand (Dadaji) 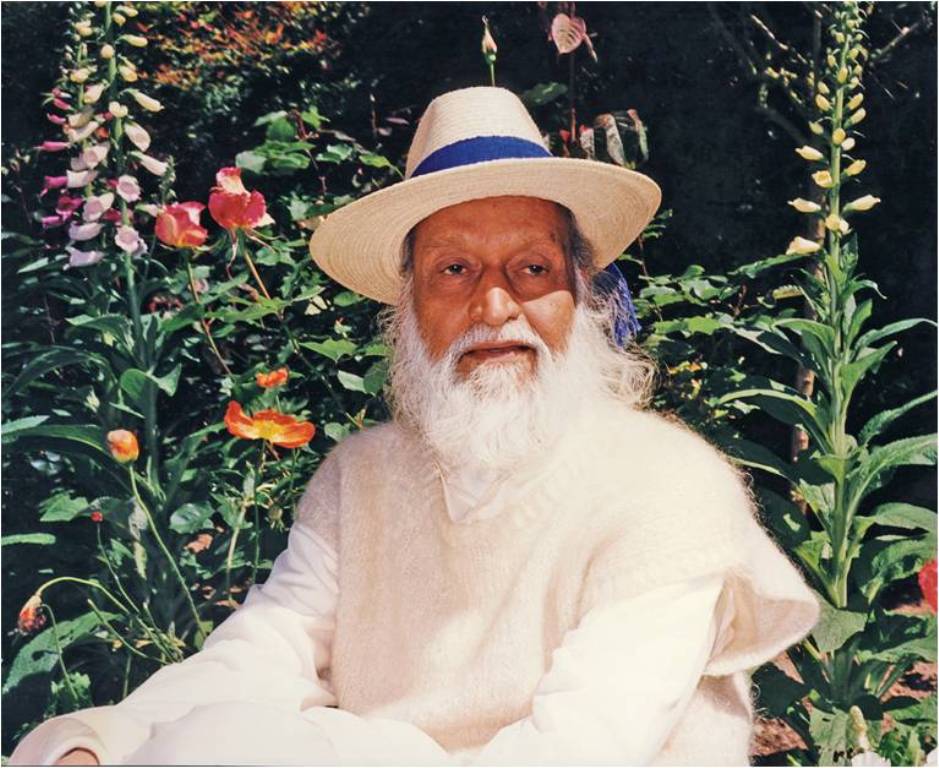 This was the new beginning… Read the entire episode in detail… 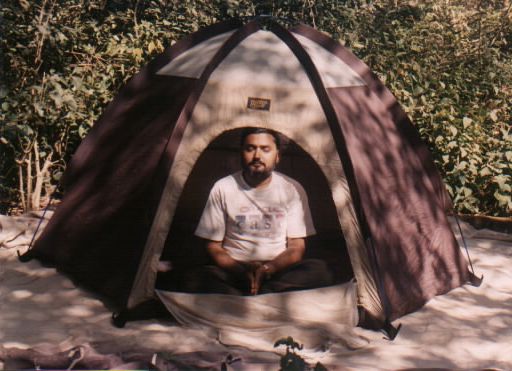 In May 1992, I came in contact with a wise man, Dada Gavand who stayed at Yevoor, Thane. Seeing the simplicity and the authentic approach towards life, I fell in love with him. Soon he became my friend – philosopher and guide and my inner journey of “attentive watchfulness” gathered a new momentum.

It was the evening of 13th July 1993. I was pondering over an insightful paragraph from his book “Towards the Unknown”, that threw me into meditation. During the silent period, the watchfulness of the moment was very sharp. All the sounds were noticed more clearly and attentively. A new kind of profound awareness was present. In that state, one felt the sound of rain shower that suddenly lashed the earth. With that disappeared the sounds of chirping birds and children playing at the basement. In that sudden silence, exploded a new kind of vibrancy. It was so intense and overwhelming that it engulfed the entire personality. A new surge of energy was felt that washed away the faintest residual thought and nothing could sustain in that vibrancy. It was a kind of flux, intense and powerful. The flames were ablaze to engulf ego-mind-personality completely. Nothing existed except the very dynamicity of that energy in the moment that was felt inside – around and everywhere without any boundary. In those moments, the quality called Godliness pervaded all over and there was no one to observe or witness it. With this a new kind of health was felt all over the body. This kind of healthy state of body I had never experienced before. It was like drinking the water from the very fountain of life that quenched the thirst completely.

The outside work and life continued as usual but inner had been transformed. The struggle with thought had ended. The questions dissolved. Meditation was happening on its own and the ‘vibrant silence’ felt many times.

It was a beautiful morning of August 1993, I was driving to go to the workplace. The highway was washed clean with the previous night’s rain. As motorcycle attained the steady speed of 55 km/hr, every minute vibration of it was felt intensely. The sudden surge of expansion was felt. There was no one in the body riding the bike. The bike was in me, the road, the trees and buildings were in me. The birds flying up on the mountain and the mountain itself were in me. This amazing feeling of expansion continued for some time. The bike slowed down seeing the traffic halting at the signal. I reached factory in a very quiet mood with rejuvenated being. 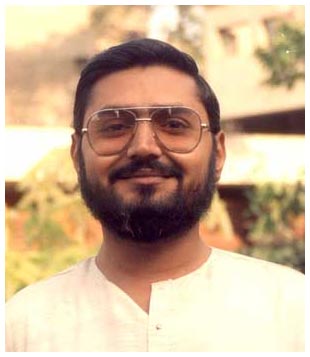 It was a beautiful evening at Vasant Vihar, Thane. I was standing on the terrace seeing few openings of deep blue sky and sun playing hide and seek with dark clouds on the west side, above hills. The whole scene made me ponder, how divine plays hide and seek with a sadhak! In a short while, as the awareness deepened, there was a kind of expansion happening. Nothing was done to cause it, nor was it an effect of anything. It was just felt, to be there. In one such moment a bird flying up in the sky was noticed. As it approached near, the magnanimity of the gliding bird was enjoyed. Simultaneously, one felt the pulse of it, as if it was part of oneself. The communion with bird was felt intensely and the joy of flying high was shared, up in the sky. The experience made me understand the meaning of “kinship with nature” that was first-hand.

With a series of such experiences of varied intensity, the old was slowly getting washed away with cellular cleansing of the brain, felt many times, as mild to severe pain. Life took a new turn. It brought lots of sensitivity and new intrinsic understanding. The struggle with thought ended. Awareness deepened. The flame of attention reached its new heights. The inner experiment continued.

It was the night of 27th August 1994. The passive awareness was aware of itself while sleep-state of Body-Mind organism continued. The wishful mind with its subtlest of desire was not there. Ego had evaporated. It could not sustain itself without the food of thoughts. There was nobody aware of that state. The observer was not there. The witness had disappeared. Just the state remained. Call it “deep-sleep-awareness” or samadhi or state-less-state, or whatever you like. Words are just the pointers; they fail to describe this kind of anubhuti.

The flowering of this experiment left me humble, simple and silent. It took more than five years to come to a point where the expression and sharing started happening in a spontaneous manner with few friends at TAO. The experiment continues…. It is an eternal journey…. There is no end to it. This is an eternal flow of pure love, ever fresh in each moment. 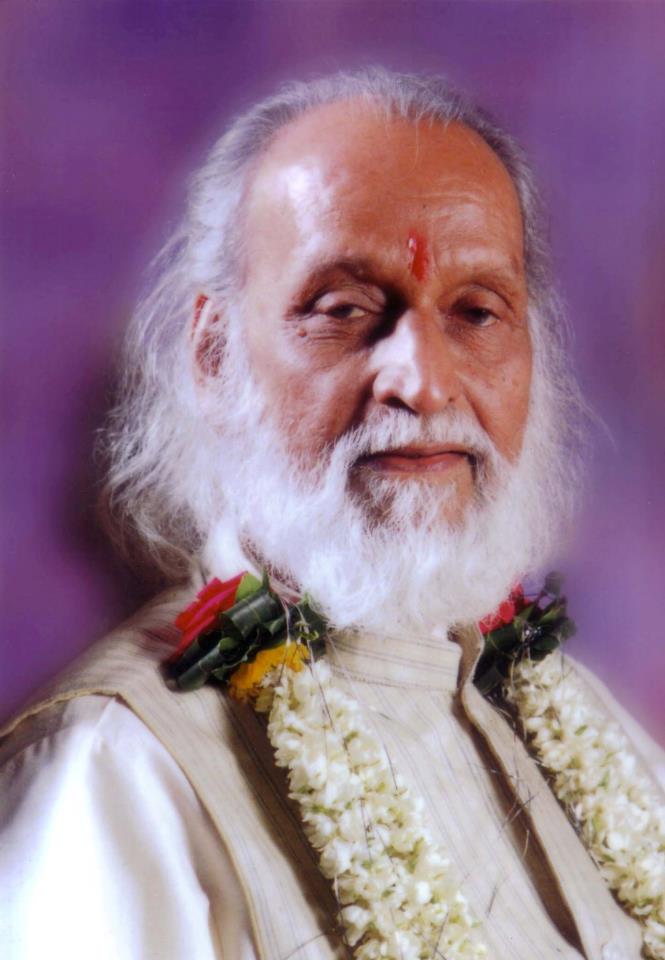